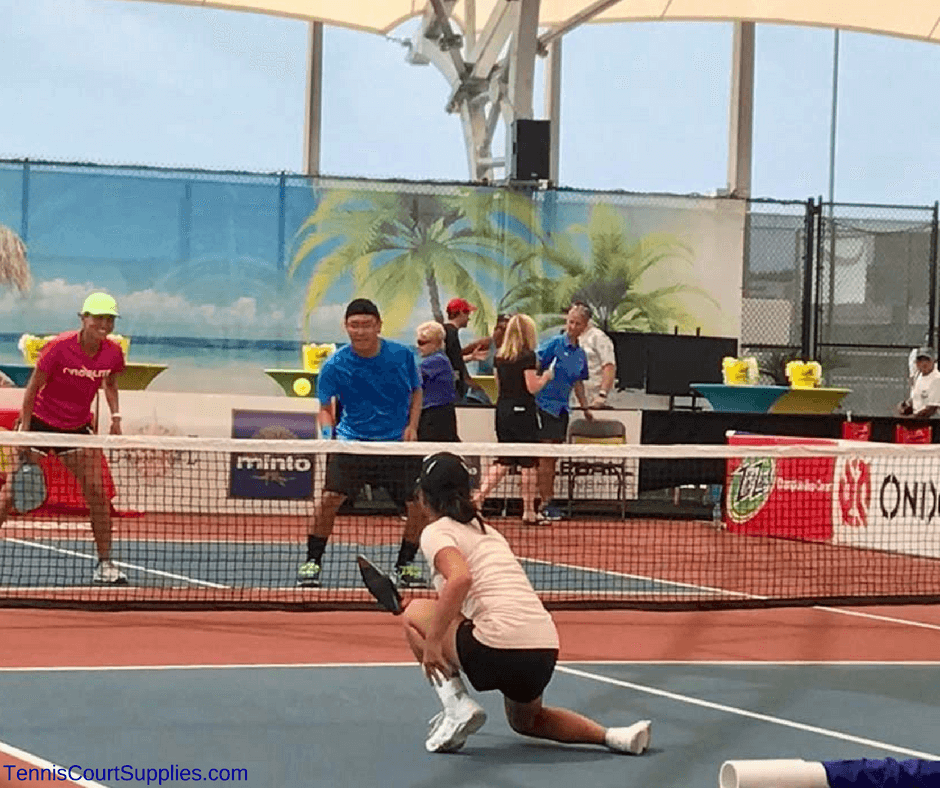 It's easy to see why Pickleball has taken off in popularity. Despite its creation as a children's game, it's so fun and easy to learn that it's truly a game for all ages. The rules are simple, but there's still plenty of room for expert players to grow in skill level and have a great time competing.

Pickleball combines certain parts of tennis, table tennis, and badminton into a unique racquet sport anyone can play. The game was invented in 1965 by Washington State Representative Joel Pritchard and his friends Barney McCallum and Bill Bell. During a boring summer Saturday, they improvised a new game for their families after realizing Pritchard's badminton shuttlecock was missing. They substituted a Wiffle ball, created paddles from plywood, and lowered the badminton net to allow the children to play. They named the game Pickleball after the “pickle boat,” which is the last fishing boat in a fleet and often crewed with the extra men from other boats, similar to the way Pickleball was created from extra supplies for other games.

Pickleball became a family favorite, and later on, Pritchard named his dog Pickles after the game. The sport continues to grow in popularity to this day.

The Rules of Pickleball

Pickleball can be played by singles or doubles and takes place on a 20' by 44' badminton court, with a net hung at 34” in the center and 36” on the ends. The court is divided into an inner court extending 7' from both sides of the net, called the no-volley zone. The outer courts are split in half into the right and left service courts.

The ball must be served underhanded from below waist level from the right service court diagonally into the other side's right service court, and the receiving player must return it after a single bounce (no more than two bounces for wheelchair play) without stepping into the no-volley zone. Once each side has returned the ball after a single bounce, the ball can be volleyed with or without bouncing first as long as the player is not within the no-volley zone.

Only the server can score points, and alternates right and left service courts until committing a fault, at which point the other player or team becomes the server. Faults include hitting the ball out of bounds or having it touch the net, volleying from the no-volley zone, volleying too early (before the ball has bounced once on each side), and not hitting the ball before it bounces too many times (one bounce is allowed for regular play; two for wheelchair play). The winner is the first side to score 11 points while maintaining a 2-point lead over the other side.

Tournament rules for Pickleball have been developed and can be found at the International Federation of Pickleball website in several languages.

One of the great things about Pickleball is that a court can be set up nearly anywhere on a temporary basis, so it's easy to get others excited about the game. Of course, permanent courts can also be constructed.

Tennis Court Supply has a full selection of everything needed for Pickleball, for both portable and permanent courts, including nets, paddles, balls, and more. Check out all our Pickleball Court Supplies and bring this fun, accessible sport to your neighborhood!