Goals: Get Tickets to These 5 Tennis Tournaments 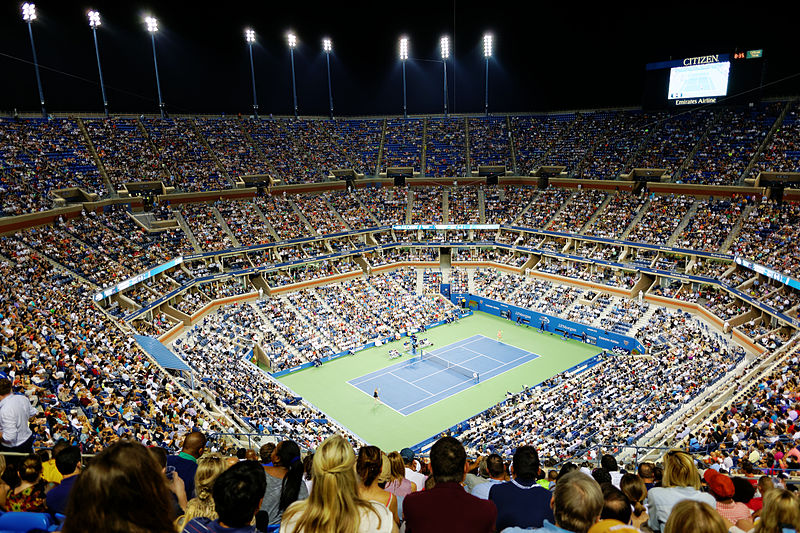 Tennis is a rewarding sport for avid fans; it’s played practically year-round, on every major continent and across dozens of stimulating tournaments for both men and women. There’s always something to see and do in the world of tennis, and as any tennis enthusiast will tell you – attending live events is a great way to travel the world.

The Association of Tennis Professionals and the Women’s Tennis Association’s incredible lineup of events are the things tennis followers’ dreams are made of – world-class centers, top-tier athletes, exciting locations brimming with culture and, of course, huge prizes for the winners.

Two of the year’s most renowned events – the US Open and Wimbledon – have already passed, but there are a handful of goodies yet to come, including the final rounds of the International Tennis Federation’s (ITF) annual tournaments for men and women. And it’s never too early to start planning for future excursions. Here are 5 tennis tournaments every fan should see at least once…

One of four annual Grand Slam tournaments, the US Tennis Association’s US Open is the biggest and most lucrative tennis event of the year. The tournament takes place over a two-week window beginning on the last Monday of August on the acrylic hard courts of the USTA Billie Jean King National Tennis Center in New York City, NY.

Founded in 1877, this Grand Slam event is the oldest and one of the most iconic tennis tournaments in the world. Strictly played outdoors on grass courts at the All England Lawn Tennis and Croquet Club, Wimbledon is steeped in tradition and is usually enjoyed in posh attire and a side of strawberries and cream.

The ITF’s hallmark event for men takes place in several different countries over the course of the year, making it a fabulous addition for anyone that wants to mix sightseeing and adventure with world-class tennis. The event is always played on grass courts and in a knock-out style template. The final round takes place in November.

The biggest international team event of the year for women, the Fed Cup also takes place in different countries over the course of the entire year, giving some of the best players in the world the opportunity to go head to head.

The French Open, also referred to as the Roland-Garros, is played outdoors on clay courts, making it unique among the four Grand Slams. Watching your favorite players kick up red dust as they fight for some of the biggest prizes in the game is a ton of fun. And then there’s Paris…