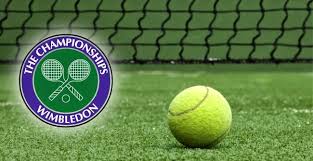 We are coming up on one of the most popular tennis tournaments in the world - the grass-court Grand Slam championship known as Wimbledon, held over two weeks in late June and early July in England. Those who follow tennis know many of the legendary names in tennis, many of whom made their name from winning Wimbledon. But do you know many names who did not win Wimbledon? There are quite a few great players in the tennis world who may have multiple Grand Slam titles on their resumes, including singles titles, but they never could conquer the grass courts of the All England Club. Every year about this time, a list is revealed of the "greatest players never to win a Wimbledon singles title." And of course, we have our own list of great players who have failed to win. Our list of players is noteworthy because it includes many of the great names in professional tennis, but our list of the greatest is shorter than most because we consider the "best never to win" as those who have reached the Wimbledon singles final at least once in their careers. We cut out great players who never got to a final. Do you recognize these names? Who else do you consider a great player who is not on this list? Any come to mind?
Share |
Previous Post
Next Post